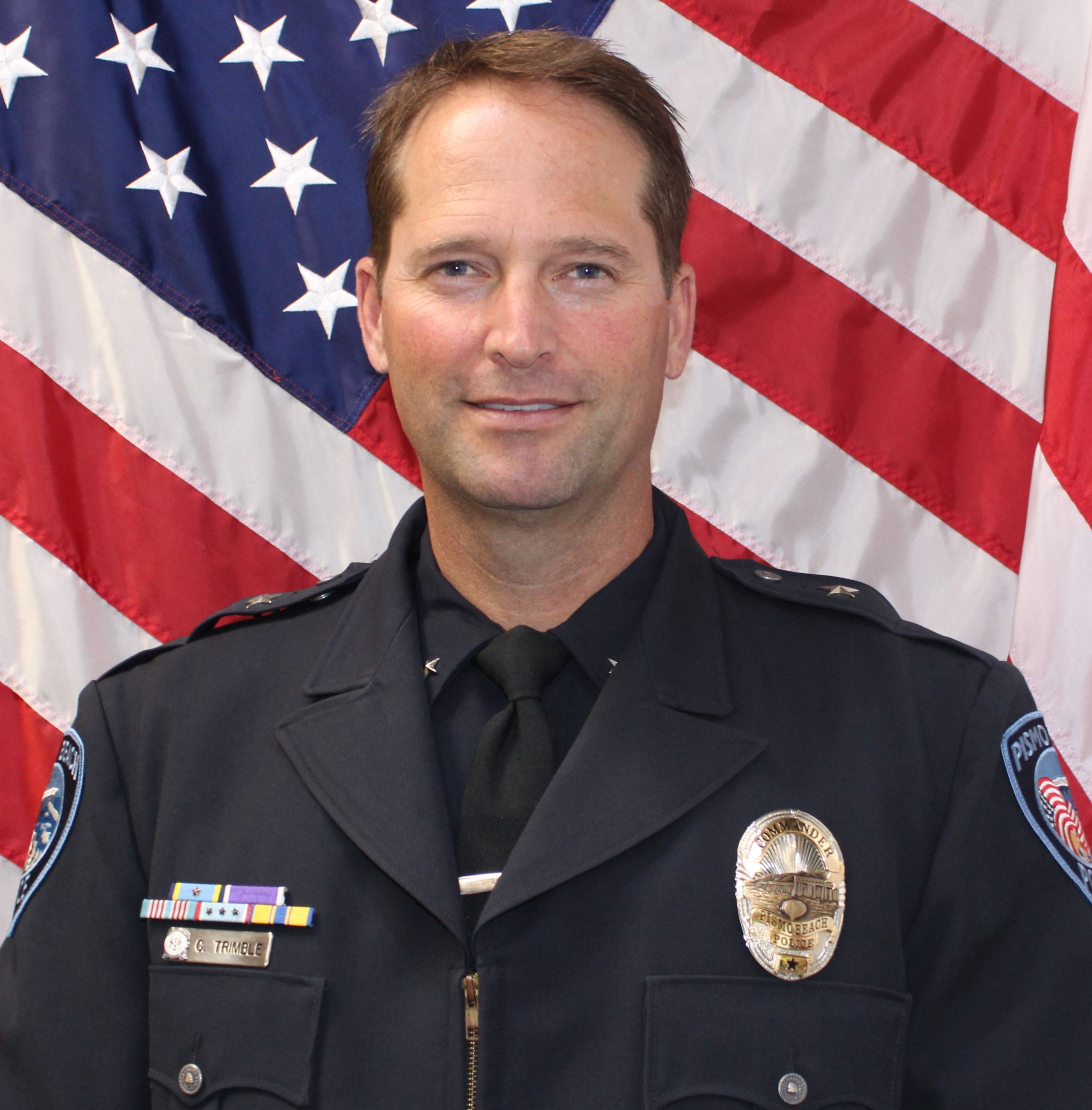 Commander Chris Trimble leads our Operation Division and has been employed with the Pismo Beach Police Department since 2002. Commander Trimble was born in Southern California but grew up in California’s Central Valley (Porterville, CA). He graduated from Porterville High School in 1996, and Porterville Community College in 1998 with an Associate of Arts Degree. Commander Trimble then attended a year and a half of continued education at California State University Bakersfield prior to relocating to the Central Coast of California. In 2002, he was hired by the Pismo Beach Police Department and sponsored through the Allan Hancock Police Academy in Santa Maria, CA. Throughout his career, Commander Trimble assignments have included working as a Patrol Officer, a Detective in the Investigations Bureau, a Motorcycle Traffic Officer, a Field Training Officer, a San Luis Obispo Regional S.W.A.T. Operator/Sniper, a Police Corporal on patrol and in the investigation’s bureau, a Police Sergeant assigned as a Patrol Supervisor, Traffic Sergeant and Special Event Coordinator, a San Luis Obispo Regional S.W.A.T. Sniper Team Leader, and also provided training on Arrest and Control techniques as well as Tasers. Commander Trimble is married with four children. He enjoys spending time with his family, and coaching youth sports.

K9: The department has one K9 team which consists of a dog and a specially trained officer as the handler. Our K9 team provides vital assistance in searching for drugs and suspects. Read more about our K9 program.

Patrol: Officers will generally patrol in clearly marked police vehicles, patrol assigned geographic areas within the City of Pismo Beach, respond to citizen calls for assistance, act as a deterrent to crime, enforce local ordinances as well as state and federal laws, and respond to emergencies 24 hours a day 7 days a week.

Special Problems Unit: The Special Problems Unit (SPU) is responsible for basic police services in the downtown area including the beach north and south of the pier. The SPU officers accomplish this responsibility through bicycle, ATV and foot patrol. In addition to the primary function, the SPU officer is utilized for various support functions to include the Detective Bureau, Patrol Division and Traffic Unit.

SWAT: The San Luis Obispo County Regional SWAT team is comprised of representatives from most agencies in the county. The regional SWAT team's joint effort ensures that our city benefits from a robust, well trained team.

Volunteers: The Pismo Beach Police Department relies heavily on the dedicated men and women who volunteer for the police department. Volunteers are people from the community who are willing to dedicate their time and efforts towards keeping Pismo Beach an area where citizens and visitors may enjoy quality of life. Read more about volunteering with the police department.