This 11-acre, ocean-front, bluff-top park is popular with walkers, photographers, dog lovers, joggers, and fishing enthusiasts. Park amenities include a wedding location overlooking the ocean, as well as a grassy reception area, and an amphitheater for entertainment events. These features are available for rent on an hourly basis. A restroom and off-street parking are also offered. Additionally, a large unique play area is found in the park and includes a gentle dinosaur, two concrete dolphins, three beautiful dinosaur eggs, three playful seals, a tire swing, tot swing, and The USS IMAGINATION. 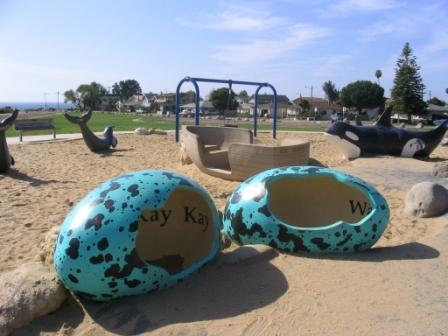 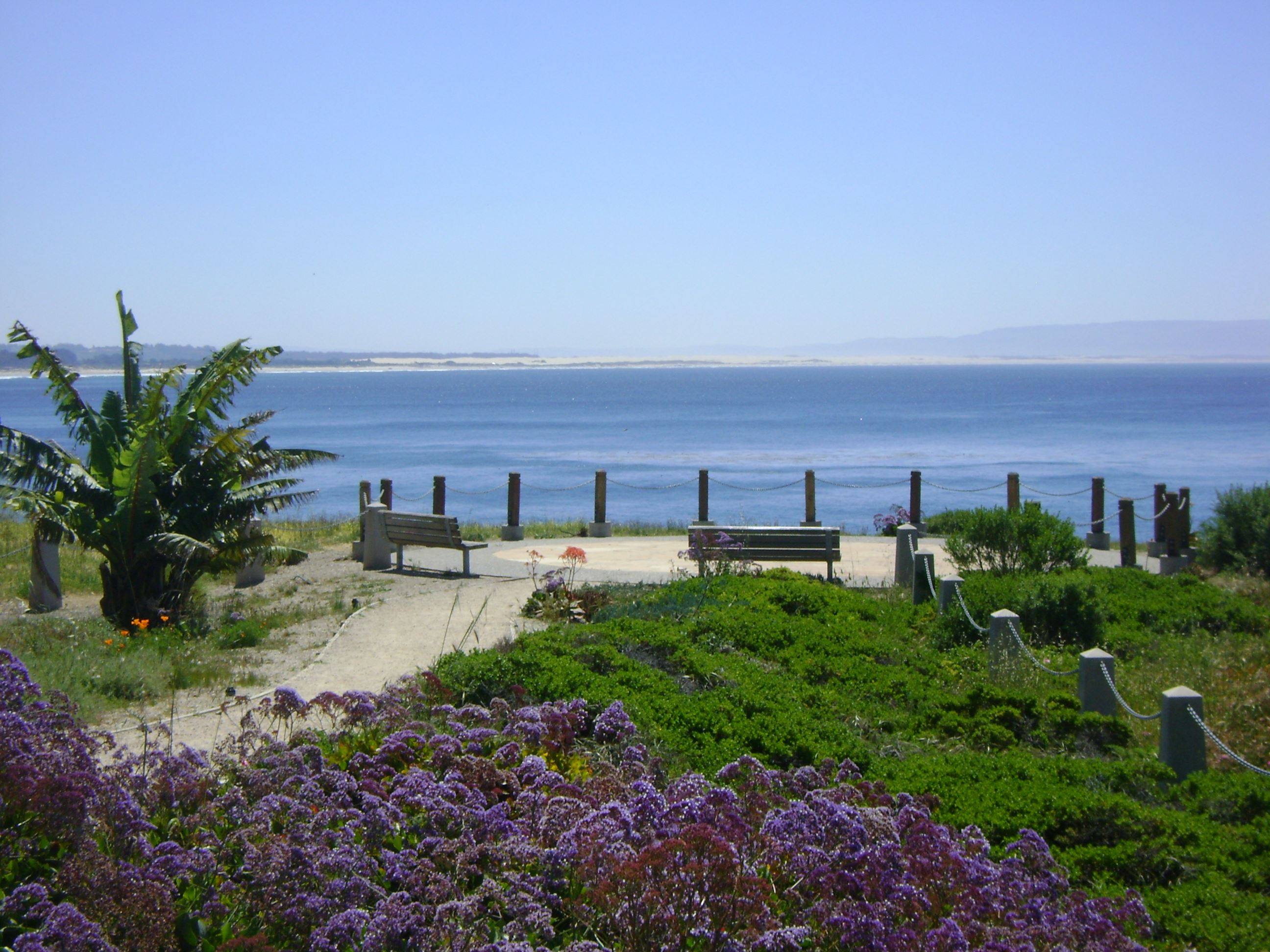 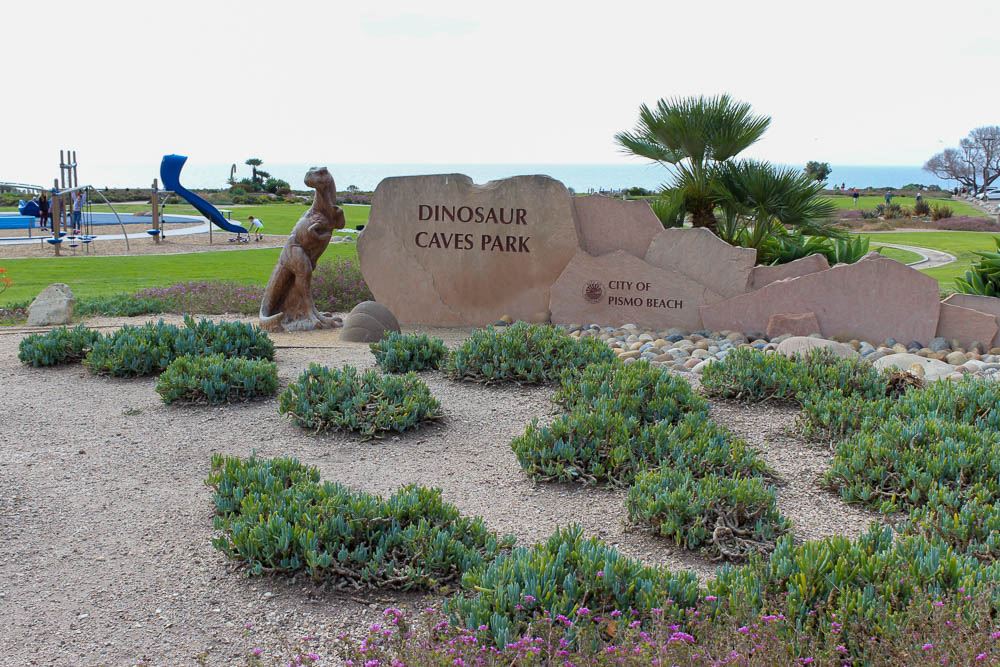 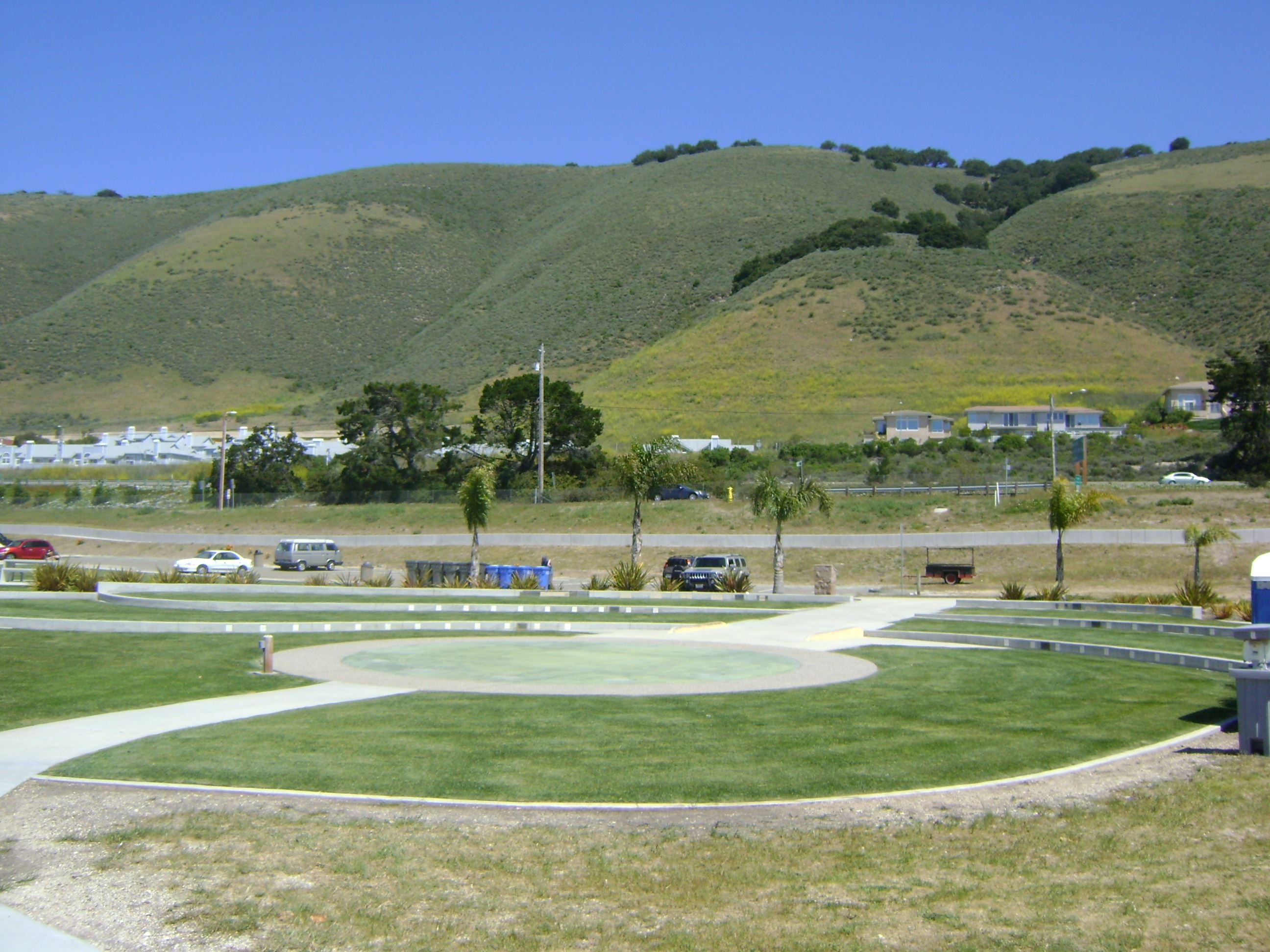 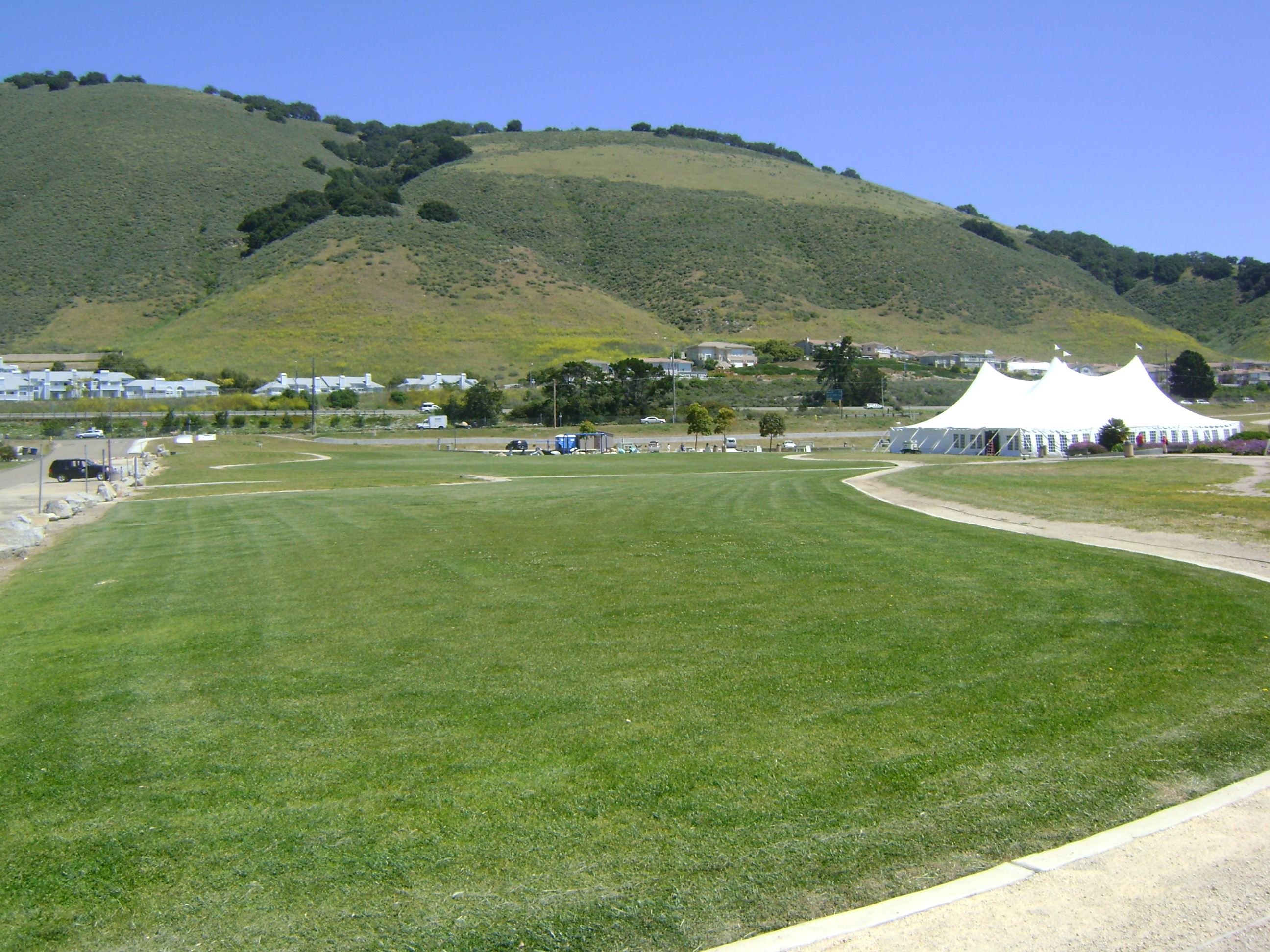 How did Dinosaur Caves Park get its name?

In the 1940's, H. Douglas Brown began building a 50-foot, metal-framed, concrete-plastered brontosaurus. The brontosaurus was big enough to be seen from the two-lane Pacific Coast Highway and was intended to lure curious passerbys to Brown's souvenir, lapidary, and bait shop and adjoining "Caves of Mystery" attraction. Brown relocated the cave entrance to the brontosaurus’s tail where visitors paid 25¢ to enter a spectacular 230-foot-long sea cave, filled with colorful Pleistocene sandstone and lit by natural “skylights.” Up to 50-feet-wide and 30-feet-deep, the caves were only a few feet short of being the largest caves on the entire California coast. Brown added a few local stones, bones, “gems,” and shells to the caves for tourists to ogle. Cave clean-up and general maintenance was hired out to local boys.

Neighbors weren’t happy with the prehistoric beast in their view and took the issue to the County which ruled Brown had no building permit... so “stop building.” The dinosaur remained permanently unfinished, effectively beheaded in 1950. The caves slowly collapsed, though beautiful remnants remain. The cause of the dino’s death in the early 1960s is less clear. A fire started in the neck by two boys is often cited, but wasn’t serious. The official demise of the dino will not be reported here, but the author has a 1964 photo showing heavy equipment removing its remains.

That’s where the “Dinosaur” and the “Caves” in “Dinosaur Caves” Park come from. So where does the “Park” come from?

Brown’s shops were operated by others for a while and finally closed. The property was bought and sold, became a pea farm for a while, and then sat fallow, a weed lot home for ground squirrels and gophers, used by dog walkers and neighborhood fishermen. A large Hilton Hotel was months from breaking ground during the financial turmoil of the late 1980s and early 1990s, until financing and other problems led them to a last minute cancellation of the project. The City Council was then offered the opportunity of a lifetime: eleven acres on the ocean in the best town on the California Coast for the “bargain basement price” of $1,600,000. On a 5-0 Council vote, thanks to John Brown, Marian Mello, Dick Morro, Jim Maroney, and Mayor Tim Bitner, the City became the proud owners of the giant triangle of weeds in 1992.

However, once they had it, the City couldn’t agree on what to do with it. The City issued a formal request for proposal, asking the public what to do with the property. Suggestions came from amateurs and professionals alike, including: [1] leave it a weed lot, [1a] leave it a weed lot, but mow it, [2] make it into a tent campground, [3] build a spiritual resort, [4] build an aquarium, [5] turn it into a park, or [6] sell it for profit. Unable to decide, the City Council formed a 21-person citizen committee, or “Task Force,” designated to make a recommendation. After a series of citizen town-hall meetings, and more than a year after the question was raised, the answer was that the community wanted a park.

The Dinosaur Caves Preservation Society was formed to take care of legal and financial matters, while Marilee Hyman was chosen as liaison between the Society and the City, ably represented by Carolyn Johnson in this unique public-private partnership. Marilee was the “boots on the ground” person during the Park’s decade of piecemeal build-as-you-can-pay development. She visited the park more than 3,000 times, halting a few major mistakes in progress before they became catastrophes in concrete.

The first 40 private citizens who donated $1,000 chose a colorful tile depicting some aspect of area life on the wall designed by artist Michael Laboon. Benches cost donors $2,500, picnic tables were $7,500, and playground animals, playground equipment, fountains, or one of the four overlooks cost up to $50,000. Local developers Rick Loughead and Gary Grossman donated fill dirt, grass, and playground concrete. The Five Cities Rotary, under the leadership of Keith Slocum, made the largest single donation of all, the beautiful amphitheater, built with generous funds and sweat of their members. Carolyn Johnson was instrumental in obtaining a number of helpful government grants. A local Boy Scout installed the first light in the parking area to earn his Eagle patch. His name and those of others who helped make this park happen can be found on tiles and plaques all around the park.

Like all things new, there was great opposition to the park originally. As it turned out, there was inconvenience for a few on some days. But Dinosaur Caves Park is the crown jewel at the end of Shell Beach and the city’s most used event facility. Marilee’s husband, Tony, took thousands of photos during all 14 years it took to add the “Park” to “Dinosaur Caves Park.” Marilee hopes to turn them into a photo CD someday.

A kayak tour of today’s caves can be arranged at several local kayak shops.